The aim of these molecules is boosting Nicotinamide adenine dinucleotide (NAD+) levels.

The below chart shows the NAD+ biosynthesis pathways: 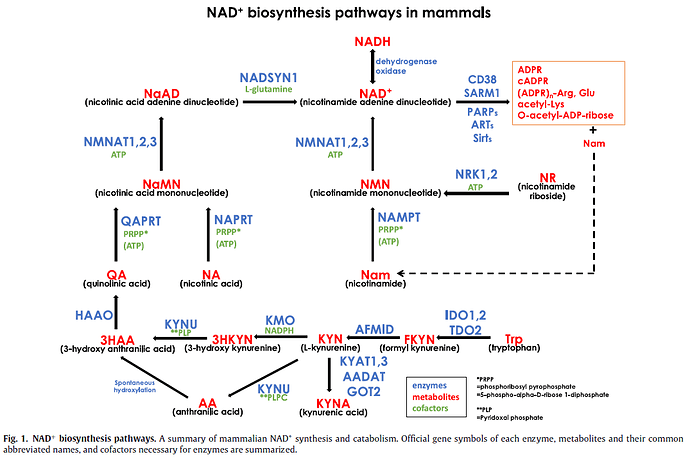 Supplementing with NAD+ itself is not an option to boost NAD+ levels, because it is too big to readily cross cell membranes to enter cells, and therefore would be unable to positively affect metabolism [23].

NMN is enzymatically converted to NAD+ by the body.
Supplementing with NMN, a precursor to NAD+, has been shown to increase NAD+ levels in mice [3], and is expected to show increased NAD+ levels in humans when clinical trials are completed, as other NAD+ precursors have done[29,30].
Multiple human trials are currently in progress [10,11,31], with NMN at least appearing to be safe for humans to consume, and preliminary results are said to be promising[12].